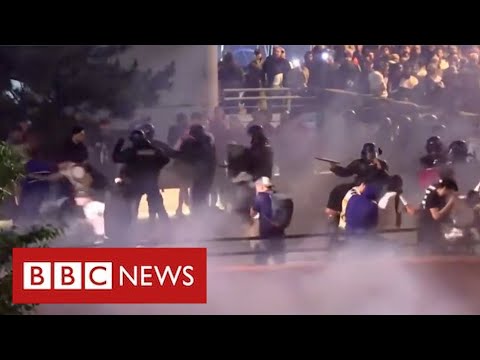 The French government has called an emergency meeting with football authorities and the police to examine what went wrong at the Champions League final in Paris between Liverpool and Real Madrid.

Large crowds built up outside the Stade de France stadium, with the start of the game delayed for more than 30 minutes.

There were chaotic scenes before, during and after the match, with Liverpool fans accusing the police of brutal and intimidating tactics, including the use of tear gas.

The UK government said the images of what happened were “deeply concerning”, while the Mayor of Liverpool who was at the game described the conduct of the police as “completely unacceptable”.

The French authorities said the problems were caused because many Liverpool fans had turned up with fake tickets.

This news story originally appeared at Fashion - on 8 June 2022