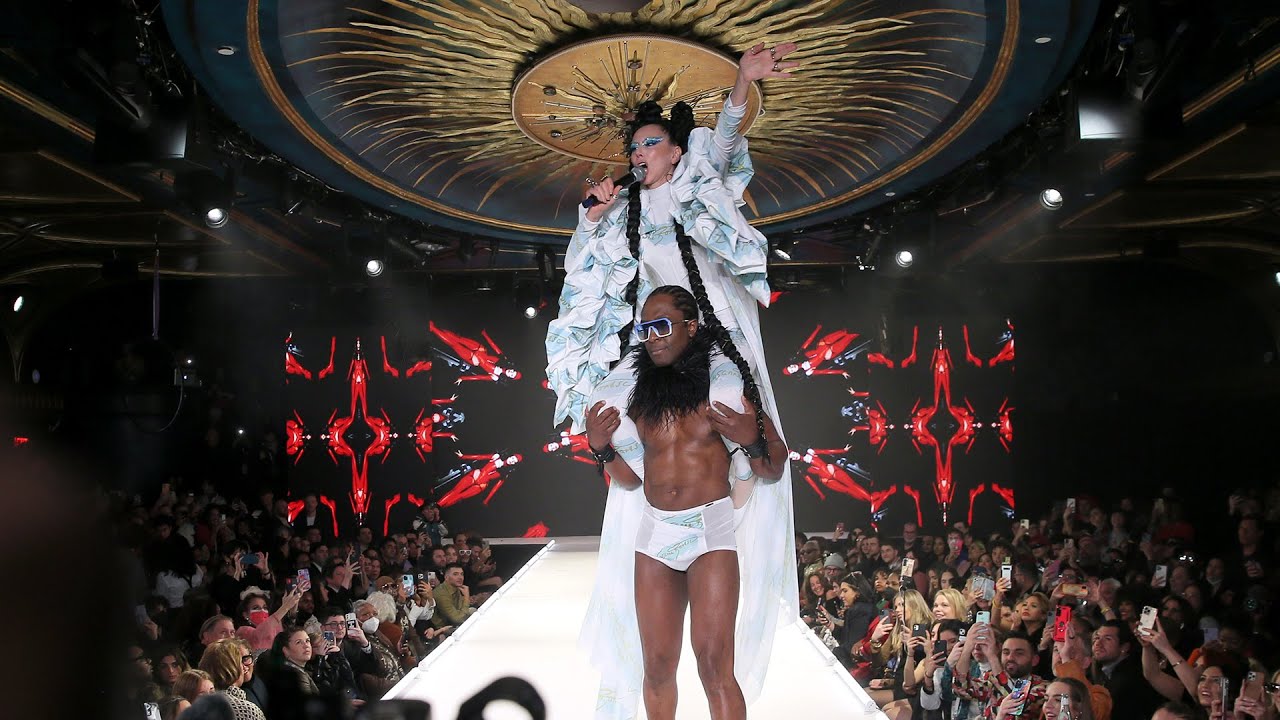 Global style icon and NYC nightlife impresaria Susanne Bartsch brought new meaning to the expression “slay the runway” with her “LOOK” presentation at Runway 7 on Friday, February 11th at Sony Hall. Not unlike the fashion show version of her famous club nights, La Bartsch’s catwalk was populated with performers as models, including famed drag queen Scarlet Envy.

Bartsch presented looks by six underground designers – Casey Caldwell, Dope Tavio, Guvanch, Jessica Jade, Kim Mesches, and Sho Konishi – who each took their turn on the runway for a final walk, before unveiling a capsule offering from her new fashion line Bartschland.

A love letter to nightlife in the 1980s and ‘90s, the Bartschland collection featured modern silhouettes – including a midi pencil dress and sleeveless wrap jumpsuits – made of fabric printed with collages of club flyers and other ephemera from back in the day. For her finale, the nightlife queen made the grandest of runway walks — sitting atop the shoulders of a bicep-blessed male model.